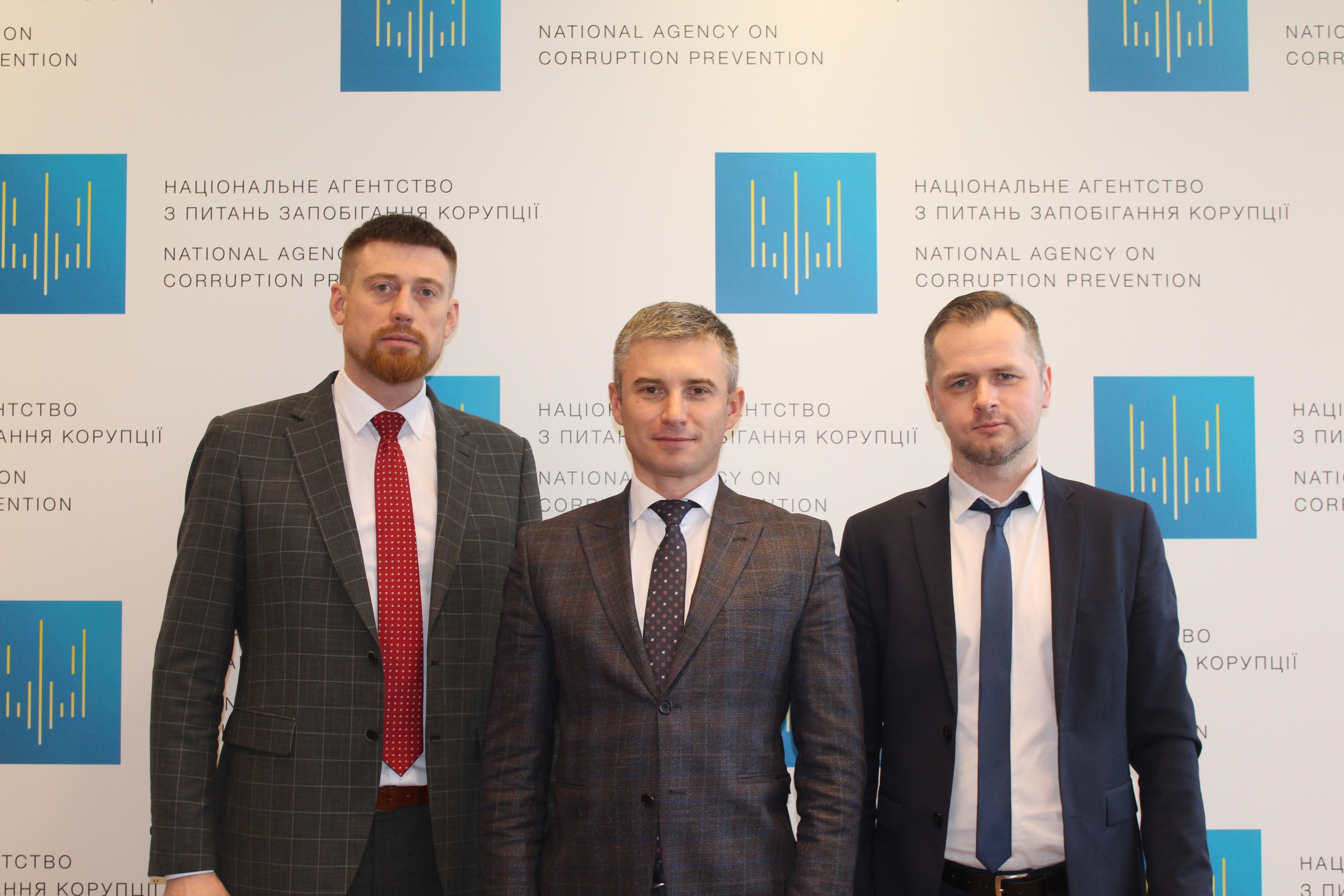 The Head of the National Agency on Corruption Prevention (NACP) Oleksandr Novikov introduced his Deputies – Ivan Presniakov and Roman Sukhostavets.

According to the Head of NACP, Roman Sukhustavets will oversee the work of the departments responsible for the verification of declarations, lifestyle monitoring and preventing political corruption.

Ivan Presniakov will be responsible for coordinating anti-corruption policy development, monitoring of compliance with legislation on conflicts of interest, and other restrictions on corruption prevention.

NACP Chairman also introduced a new Chief of Staff Ihor Khokhych, his Deputy Ihor Drobko and a new Head of the Department for the Prevention of Political Corruption Hanna Chornutska.

Oleksandr Novikov said that to complete the reboot of the NACP, he will introduce a new structure of the organization and NACP will conduct an open competition for the positions in the newly developed departments.

“Of course, people who followed the practices which NACP should counter will have to go. Yet, everyone who is ready to work effectively and devotedly will be able to hold the positions in a new structure of NACP and will have all the possible opportunities for the self-fulfillment,” said the Head of NACP.

About the Deputy Heads of NACP:

Roman Sukhostavets has a degree in economics and law. In 2014-2015 he served in the Armed Forces of Ukraine.

Since 2015, he worked in the field of human rights protection and anti-corruption activities.

In 2016 he was elected to the Public Council of Integrity and participated in numerous national and international judicial reform activities.

Ivan Presniakov is a former Anti-Corruption Expert at the Enhance Non-Governmental Actors and Grassroots Engagement project funded by the United Stated Agency for International Development (USAID/ENGAGE).

He has a degree in political science received at the Kyiv-Mohyla Academy. He also studied at the Center for Social Studies at the Institute of Philosophy and Sociology of the Polish Academy of Sciences, where he received his master’s degree (MA degree with merit), majoring in Society and Politics, and received a diploma from Lancaster University, UK.

He used to work at the International Center for Policy Studies NGO, Ukrainian Institute of Public Policy NGO and the United Nations Development Program in Ukraine, heading its “Transparency and Integrity of the Public Sector in Ukraine” project in 2015-2017.