On September 2, Ukrainian and international experts discussed the state of whistleblower rights protection during the second annual conference “Corruption Whistleblowers in Ukraine: Successes and Challenges.” In particular, the key issues of protecting the rights of whistleblowers, especially during wartime, developing IT solutions for working with whistleblower reports, forming a culture of integrity and the habit of reporting violations, etc., were raised.

Oleksandr Novikov, head of the National Agency on Corruption Prevention (NACP), noted that the issue of fostering a culture of exposing corruption is an important part of ensuring zero tolerance for corruption in society in general.

“The habit of reporting corruption is a matter of forming a new culture in society, consolidating those cultural changes that happen to us during the war. Today, Ukrainians track Russian tanks, report on the assets of Russian oligarchs and collaborators. All this ensures the formation of a general culture of integrity, which should become part of our national identity after the war,” – Oleksandr Novikov stressed.

Serhiy Derkach, head of the Corruption Prevention and Detection Department at the NACP, spoke about the main results of the Agency’s work by direction.

“Currently, 54 cases are under consideration, in which the NACP is involved as a third party in the protection of whistleblowers. In addition, in April of this year, the court with the participation of NACP made the first decision to protect the labor rights of a close person of a corruption whistleblower, who received a reprimand,” – said Serhii Derkach.

Administrative Director of the Anti-Corruption Research and Education Centre (ACREC)  Andrii Biletskyi focused on the issues of legislation.

“In the section on whistleblower protection in the Anti-corruption Strategy until 2025, the guidelines and benchmarks for the following years are defined, which we must achieve in the field of whistleblower rights protection. In particular, we are talking about the adaptation of Ukrainian legislation to the requirements of the directives of the European Union and international legislation,” – Andriy Biletsky emphasized.

“Today there are about 200 verdicts where the whistleblower is given attention in the court decision. Although there is no verdict that determines the reward for the whistleblower,” – Vira Mykhaylenko said.

The speakers focused special attention on the need to implement modern IT systems for working with whistleblower reports.

“NACP, as a special body that forms and implements whistleblower protection policy, is currently working on the creation of an electronic tool – the Corruption Reporting Portal, which will be available in every state body and organization. It will help to work efficiently with whistleblower reports. When creating the Portal, we pay great attention to the protection of personal data, so that those who want to report corruption can be sure of the confidentiality and safety of this IT tool,” – noted Serhiy Derkach, head of the Corruption Prevention and Detection Department at the NACP.

Louise Portas, Crime Prevention and Criminal Justice Specialist in the Anti-Corruption and Economic Crime Division of the United Nations Office on Drugs and Crime (UNODC) in Vienna, noted the growing popularity of electronic tools for reporting corruption, including due to the COVID-19 pandemic. At the same time, she emphasized the critical importance of protecting personal data shared by whistleblowers through IT tools.

Armando Navarro, Coordinator of the Anticorruption Observatory of the Transparency Secretariat of the Presidency of the Republic of Colombia, spoke about the features of the Anti-Corruption Portal of Colombia RITA and its functionality.

Head of the Department of Legislation and Policy Development USAID SACCI, Robert Sievers, outlined the risks in the operation of electronic systems, as well as the need to increase digital literacy and trust.

Also, during the conference, the issue of the role of anti-corruption officers working in all government bodies for protecting whistleblowers, forming a culture of whistleblowing in the organization, creating mechanisms for encouraging reports of corruption, organizing channels for reporting corruption and working with reports and informing the collective about the rights of whistleblowers was raised.

Head of the division of professional development of the anti-corruption officers of the Corruption Prevention and Detection Department at the NACP, Kateryna Datsko, noted that one of the Agency’s priorities is the professional development of anti-corruption officers and increasing their role in the organization. In addition, she spoke about whistleblowing in the higher education, which has its own characteristics, including those described in the study “Corruption risks in higher education. TOP 25: Strategic analysis of corruption risks”.

The legal advisor of Transparency International Ukraine, Oleksandr Kalitenko, drew attention to the need to bring Ukrainian legislation closer to European, in particular to EU Directive 2019/1937, which was adopted in 2019 regarding the protection of the rights of whistleblowers and the expansion of the definition of whistleblowers. As of now, it has been implemented by 10 EU countries. In particular, the document provides that the concept of a whistleblower includes not only the disclosure of corruption, but also a broader context – the disclosure of socially important information.

“In Ukrainian legislation, it is necessary to improve the issue of physical safety of whistleblowers, it is necessary to extend the immunity of protection not only to families, but also to persons who contributed to the commission of the whistleblower, medical and psychological assistance should also be provided”, – Oleksandr Kalitenko summarized.

The conference was organized by the NACP and the  Anti-Corruption Research and Education Centre (ACREC) with the support of the International Renaissance Foundation. 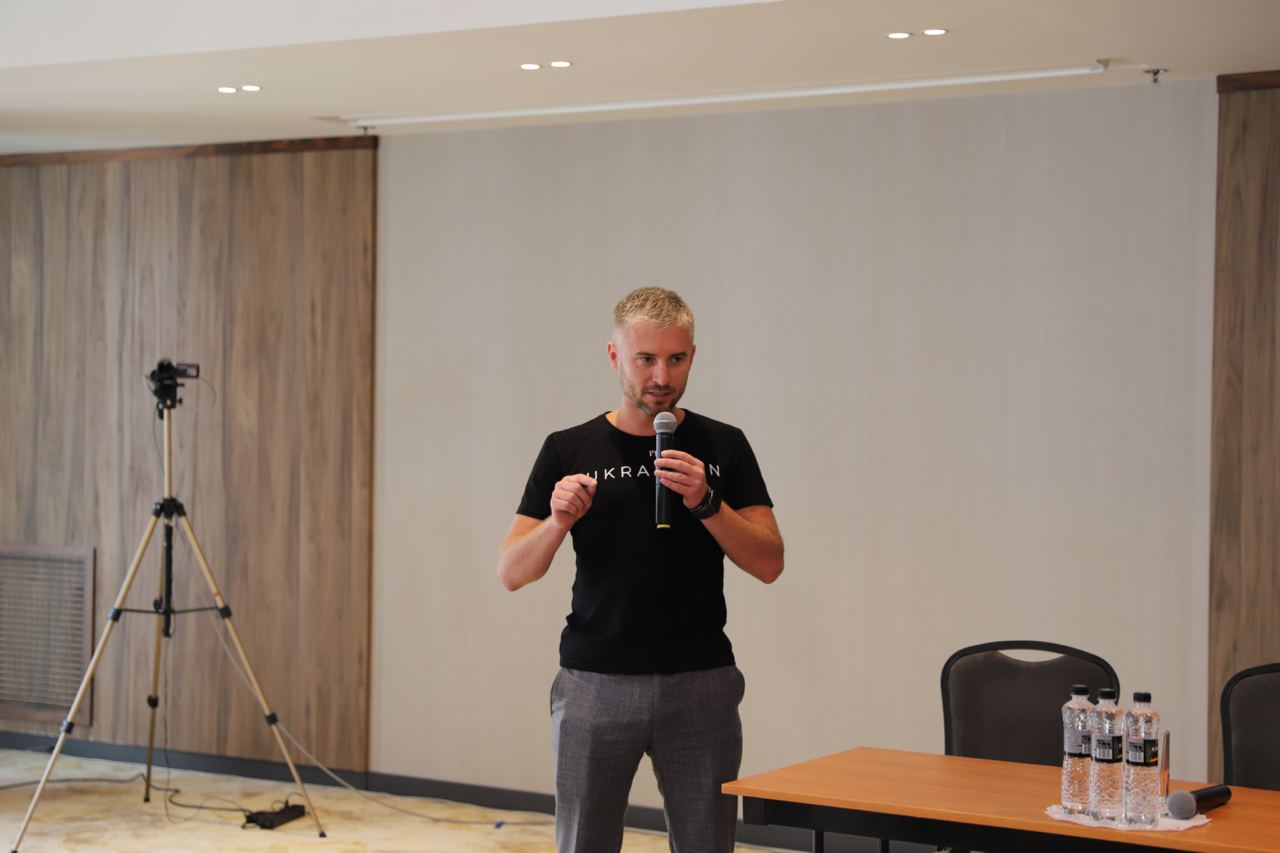 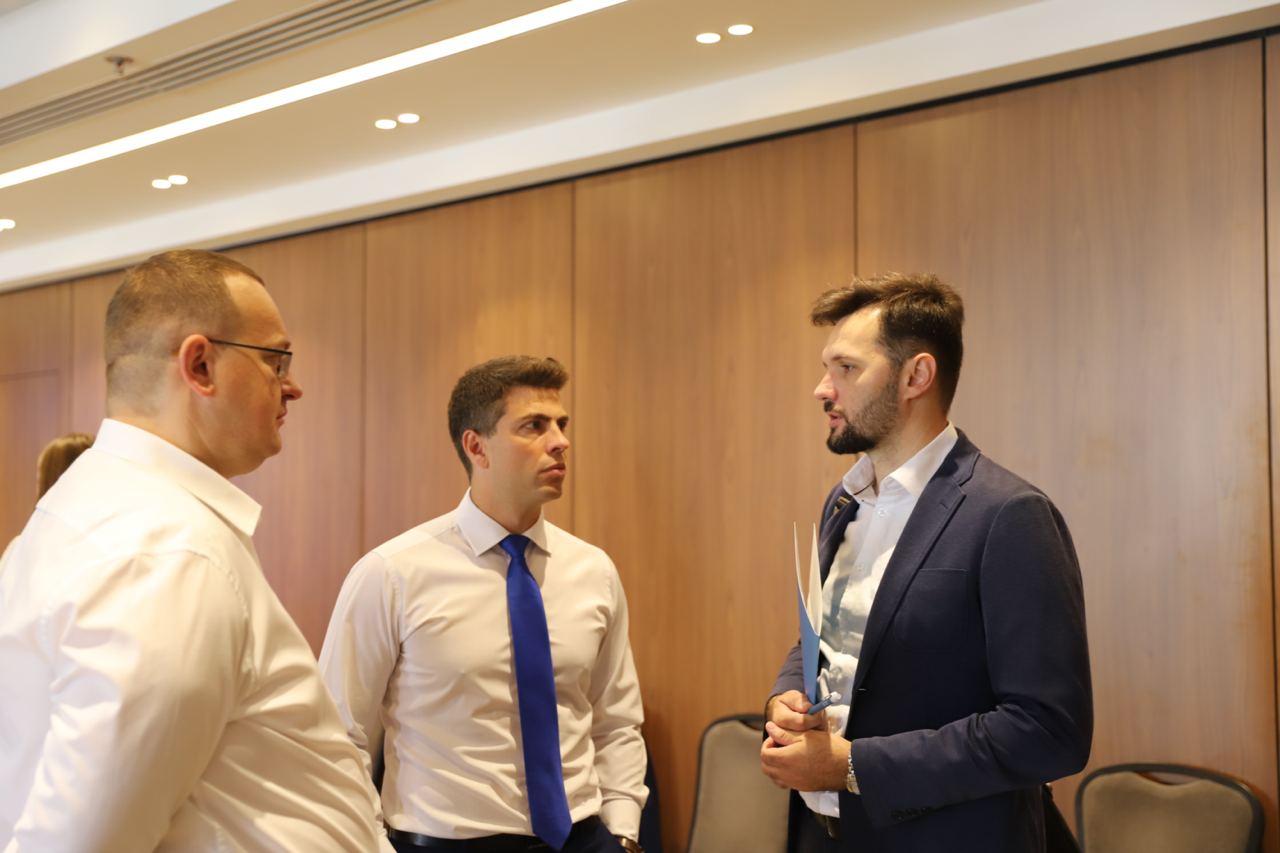 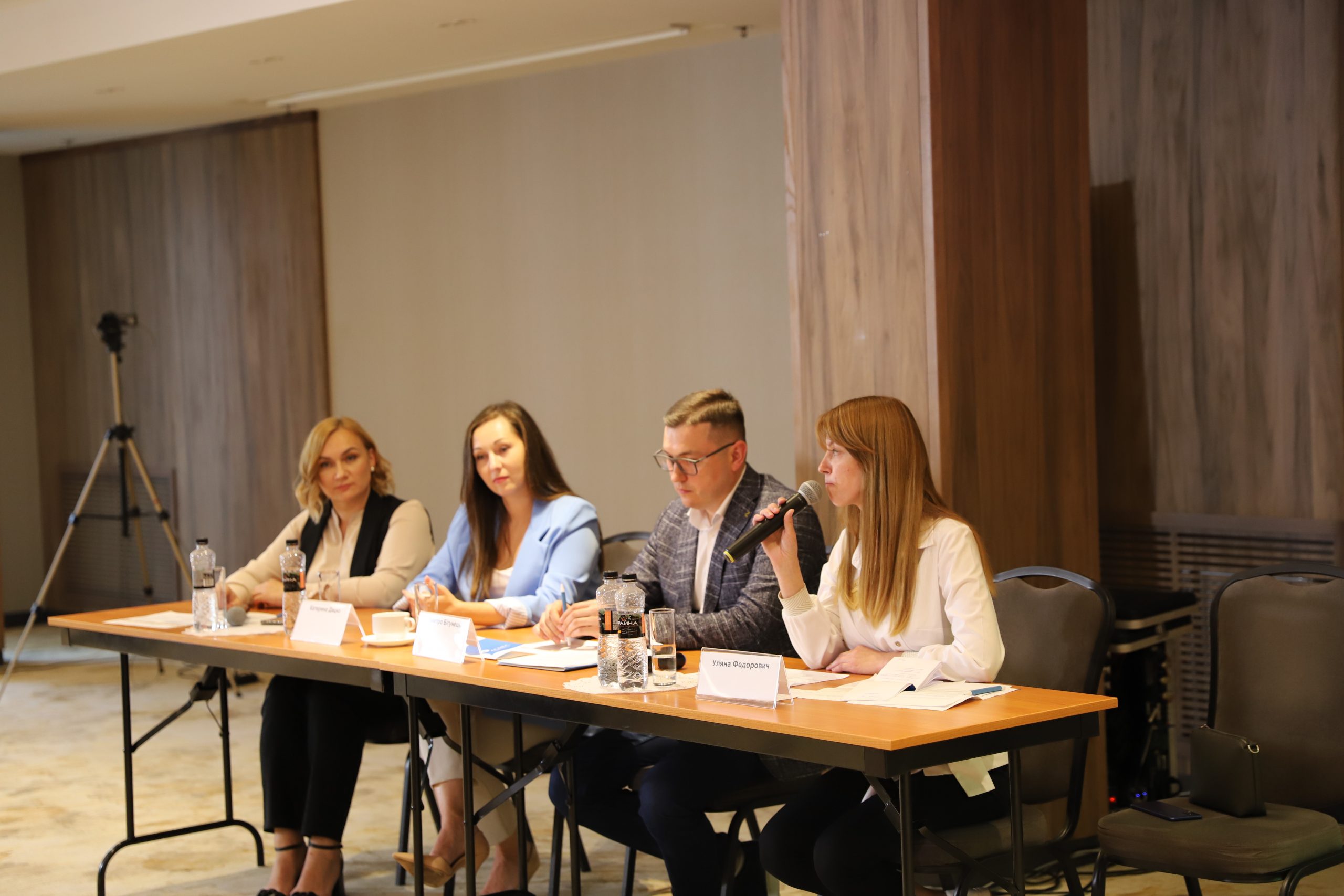 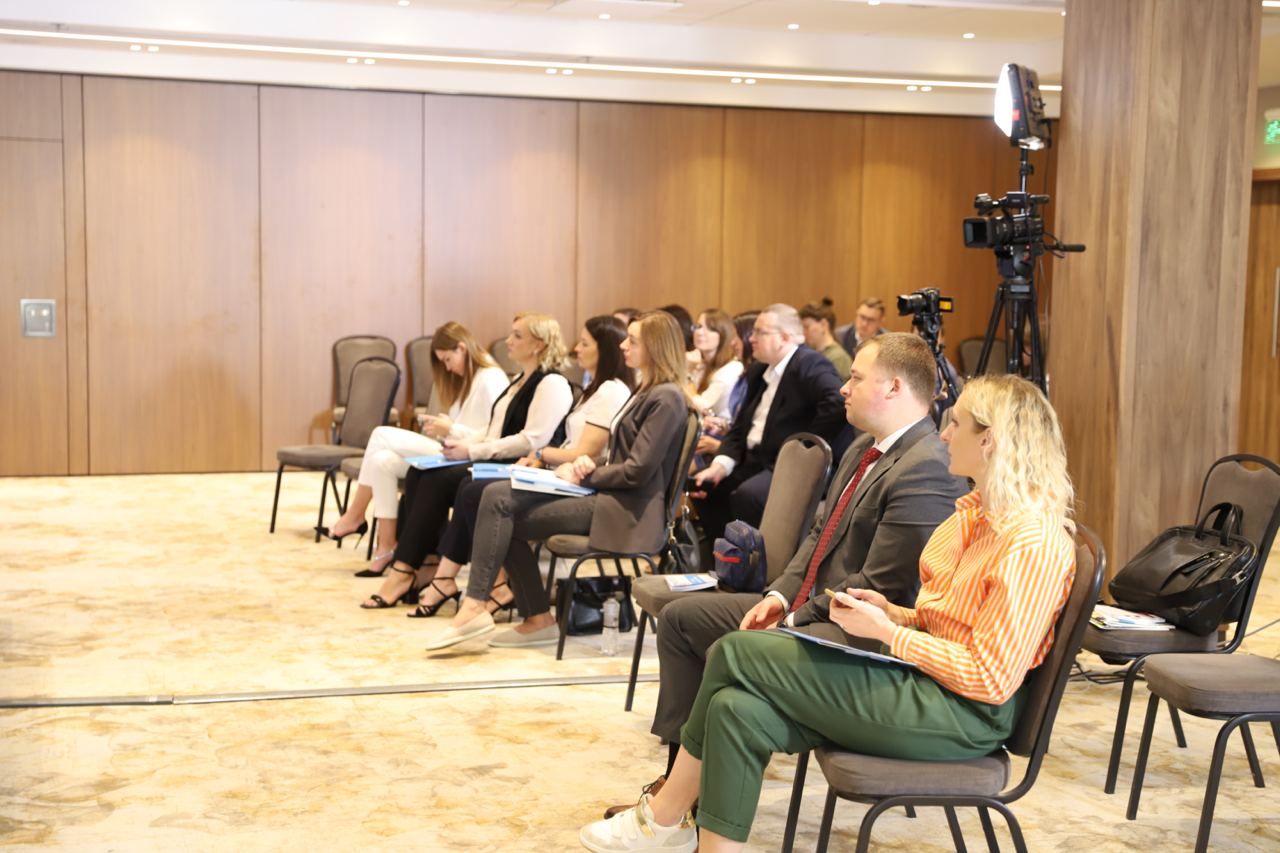 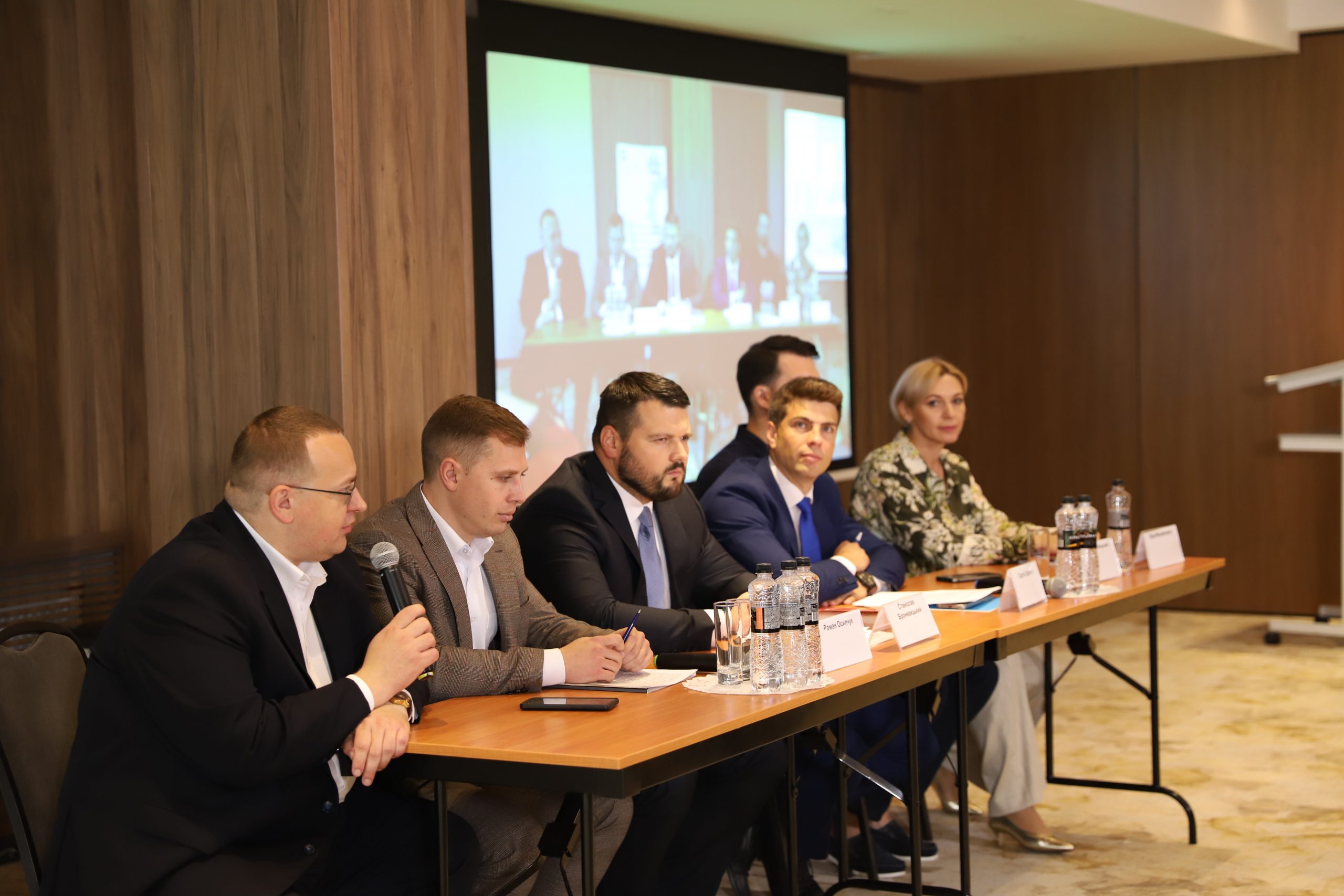 0
Important notifications
No new notifications
An important step towards overcoming political corruption: the draft Code of Ethics for People’s Deputies was registered in the parliament
The draft of the State Anti-Corruption Program has been sent to the Cabinet of Ministers of Ukraine and is awaiting consideration by the Government Committee
Anti-corruption institutions of Ukraine and the EU advocate for the speedy adoption of the State Anti-Corruption Program and the restoration of e-declaration
Календар новин
Календар новин