5 months of war: the results of the work of the NACP

From the first days of the full-scale Russian  invasion, we all stand together. We are all working as one coordinated mechanism for victory, everyone at his own place.

Since the beginning of the war, the National Agency on Corruption Prevention (NACP) has reoriented its work provide the most effective support for our soldiers and an additional weapon for our law enforcement officers and diplomats. We have already implemented many new projects and tasks, here some of the key ones:

Sanctions, search for assets of sanctioned persons and foreigners in the management of Russian companies, foreign companies that continue to work in Russia and finance the war.

The role of NACP in the identification of candidates for sanctions is provided in the Individual Sanctions Roadmap developed within the international Yermak-McFaul Expert Group on Russian Sanctions.

We continue to do everything in our power to bring the victory of Ukraine closer. Our strength is in unity. 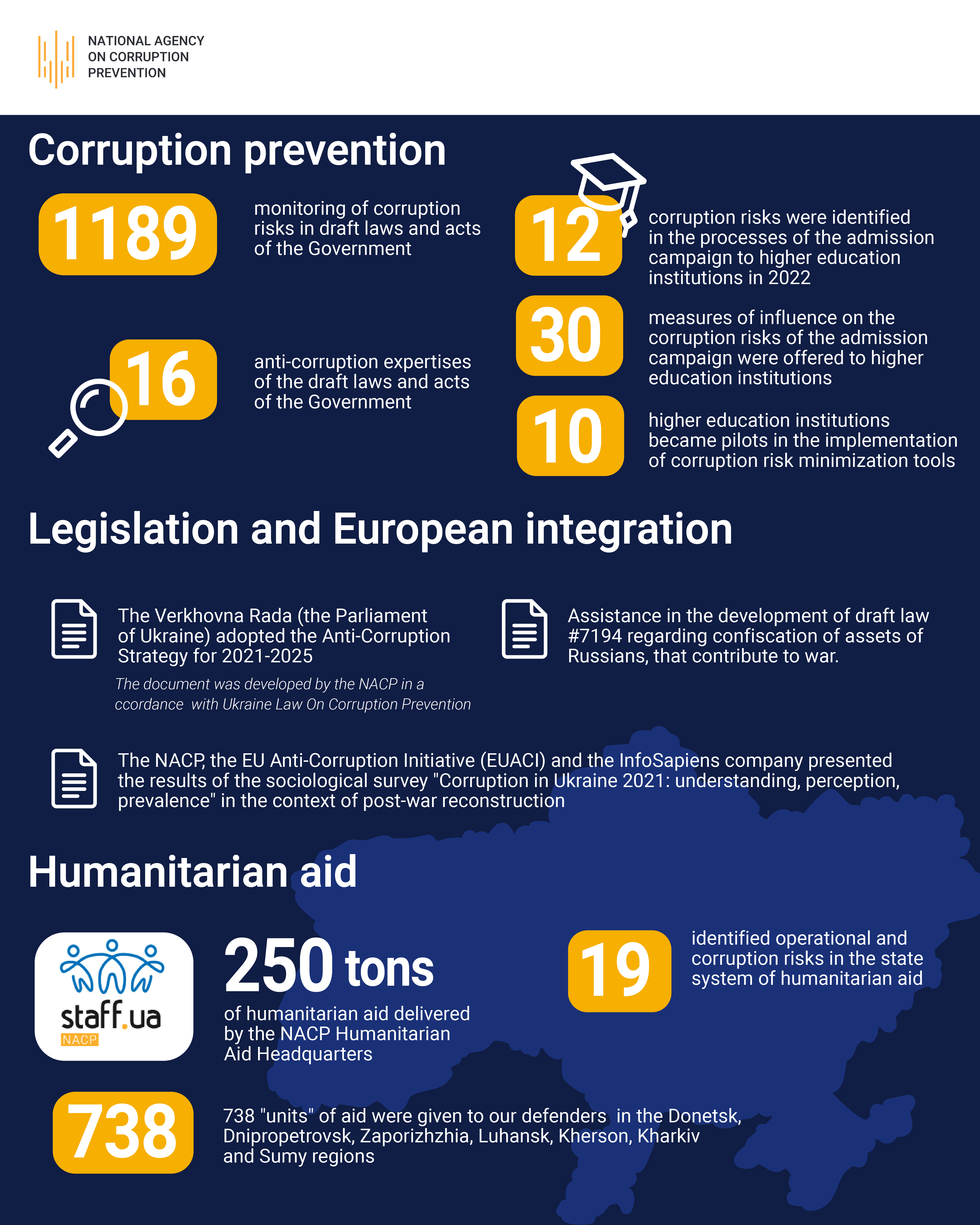 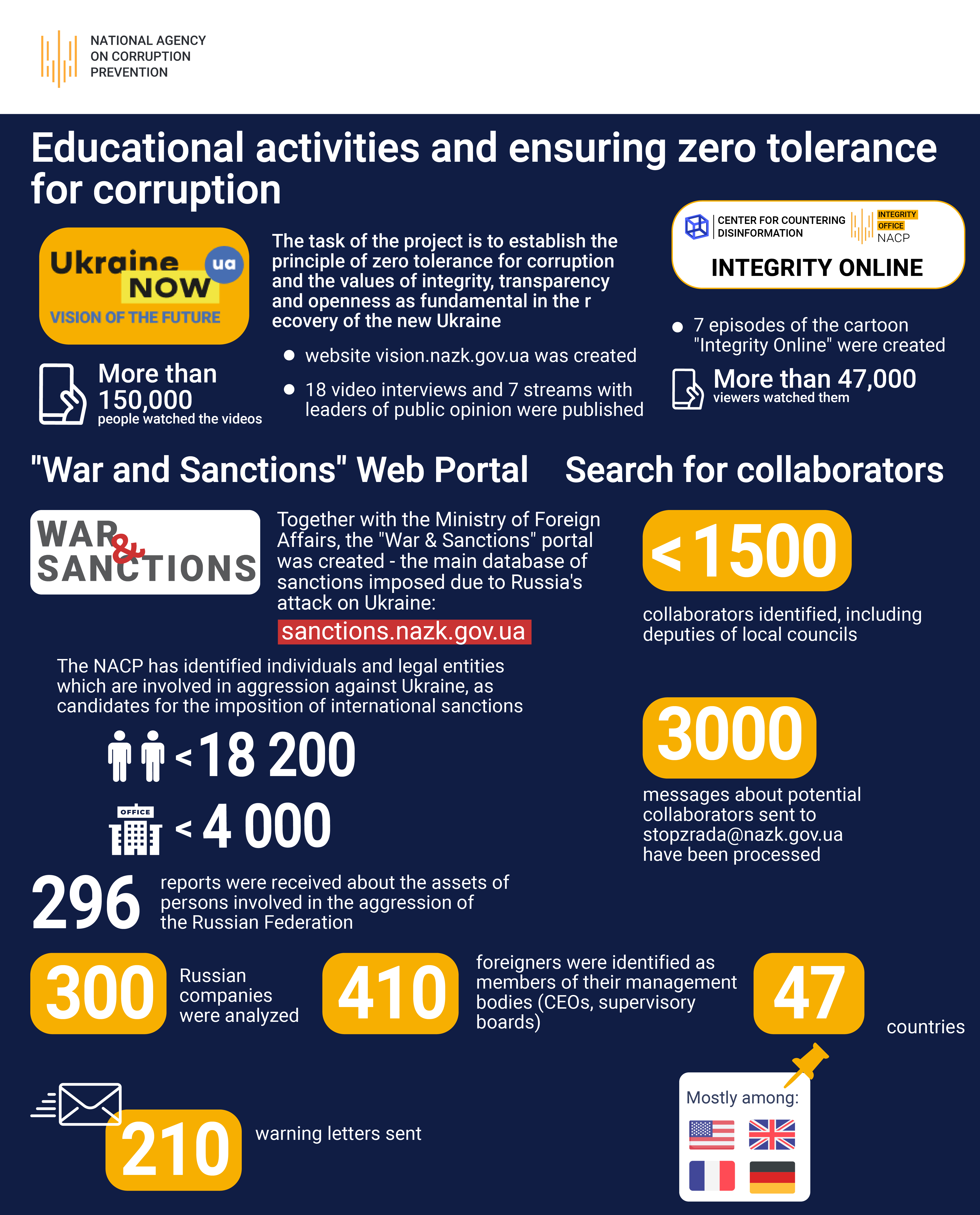 0
Important notifications
No new notifications
NACP and International Anti-Corruption Academy sign a memorandum of understanding to ensure effective anti-corruption processes during the post-war reconstruction of Ukraine
Andrii Vyshnevskyi appointed as Deputy Head of the NACP
5 months of war: the results of the work of the NACP
News Calendar
News Calendar